ILO Forum on Decent Work in the World of Sport 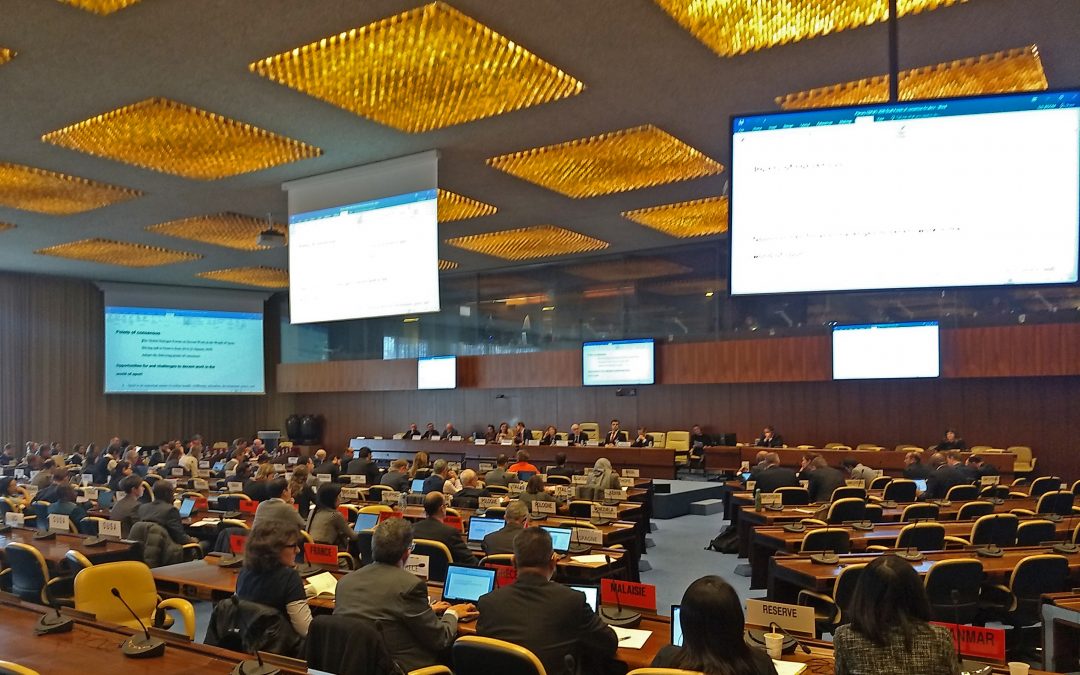 In a first-time formal approach to the topic of workers’ rights in the global sports business, the International Labour Organization (ILO) hosted a Global Dialogue Forum on Decent Work in the World of Sport. The Forum gave way to a first formal round of tripartite (workers, employers, member states) content negotiations on the rights of athletes in their worldwide working relationships. The event was hosted by the International Labour Office in Geneva between 20 and 22 January, 2020.

As a basis for the negotiations, the ILO Sectoral Policies Department had provided an Issues Paper on “Decent work in the world of sport” which provided an overview of a range of central questions and fundamental principles pertaining to workers’ rights in sports. As a part of this Issues Paper, central reference was also made to relevant legal cases and international instruments pertaining to workers’ rights and, more broadly, human rights in sport. Generally based on this preparatory work, the, according to ILO good practice, strictly formalised discussions were moderated by a presiding member state representative (Irish Ambassador to the United Nations, Mr Michael Gaffey). A central theme of the negotiations, notably between athletes’ and employers’ organisations, came to be that of collective bargaining linked to the athletes’ freedom of association.

“All workers, including athletes, regardless of the type of employment relationship,require, as a minimum,to be protected by the fundamental principles and rights at work.Social dialogue is based on respect for freedom of association and the effective recognition of the right to collective bargaining.Social dialogue, including collective bargaining,has diverse forms and levels depending on the contexts and traditions of each country.Consultations, exchanges of information and other forms of dialoguebetween social partners and with governments and other stakeholdersare also important.“

The Global Dialogue Forum can, therefore, well be considered a first step toward a regularised professional working environment in sport with from a content point of view many more to come. Next to this general evolution, it was a noteworthy Forum development that the concept of “autonomy of sport” was deleted from the draft outcome document due to an intervention of the member state representatives’ speaker; her request for this deletion was duly accepted by both workers and employers. The IOC took part in the Forum without an active speaking role.

The Global Dialogue Forum was also attended by Mr Jonas Burgheim for the Cares Project. As founder and director he attend in his Sport Cares capacity due to the intrinsic link to and policy relevance in the human rights risk assessment for Athleten Deutschland e.V. The Global Dialogue Forum allowed for Jonas Burgheim to build on his existing network and continue the regular expert exchange with stakeholders in international sport policy and human rights.