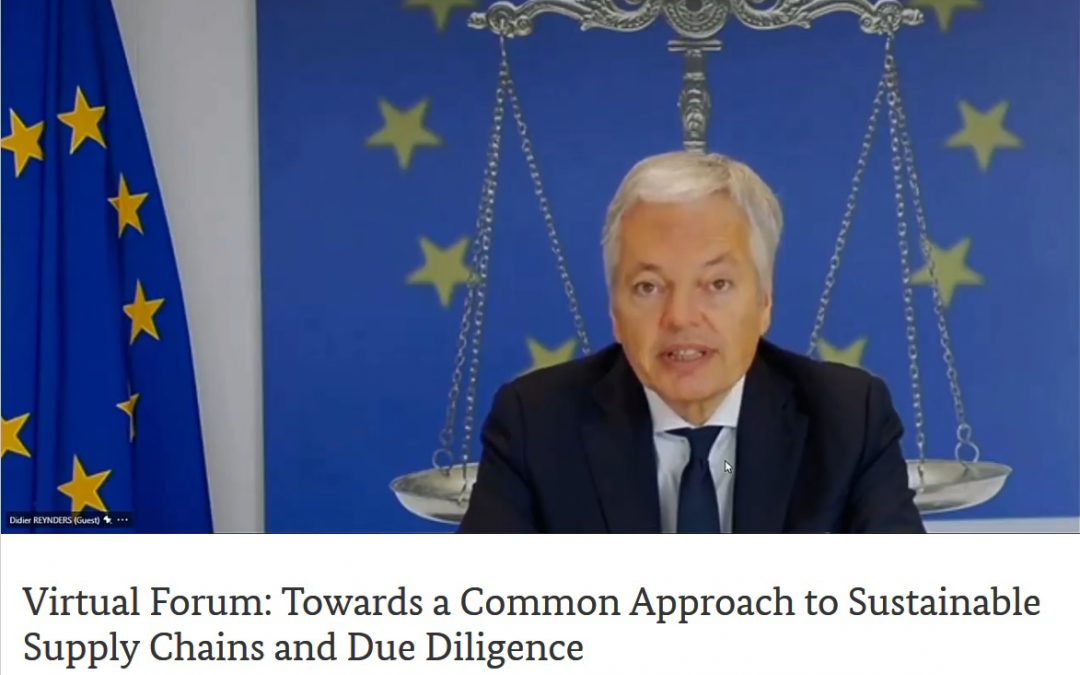 Today’s virtual Due Diligence Forum brought together experts from the field of business and human rights with introductory remarks provided by high level representatives from German and EU governmental organisations. The forum was hosted by the German Ministry for Economic Cooperation and Development (BMZ). Among speakers were the ranks of EU Commissioner for Justice, Didier Reynders, BMZ State Secretaries, Maria Flachsbarth and Norbert Barthle, the co-chair of the UN International Working Group on Business and Human Rights, Dante Pesce, the General Secretary of the International Trade Union Confederation (ITUC), Sharan Burrow, as well as representatives from civil society and the private sector.

Speakers at the forum largely agreed that there is a strong need for mandatory due diligence legislation on the national just like on the European level. There were also repeated calls for a new business model to be developed for the future. The commitment by BMZ leadership comes after years of attempts to enhance human rights due diligence among German companies based on the voluntary German National Action Plan on Business and Human Rights (NAP) and its monitoring mechanism. This approach, as findings in annual stock-taking reports have shown in the past two years, has not produced the desired results.

Jonas Burgheim, founder and director of the Cares Project, was a participant to the forum. In his prior professional role as a BMZ senior policy officer, he contributed importantly to laying the basis for the implementation of the NAP during its initial years of application (as of 2016). Jonas Burgheim actually was among the first German government staff to identify and point to the need for a mandatory approach to human rights due diligence in the long-run. He also lobbied for a prominent inclusion of the human rights due diligence theme in the 2020 German EU presidency, of which today’s forum are a result. More than two years on, these efforts are now proving to have provided fertile ground for law-making processes on a German and an EU level.