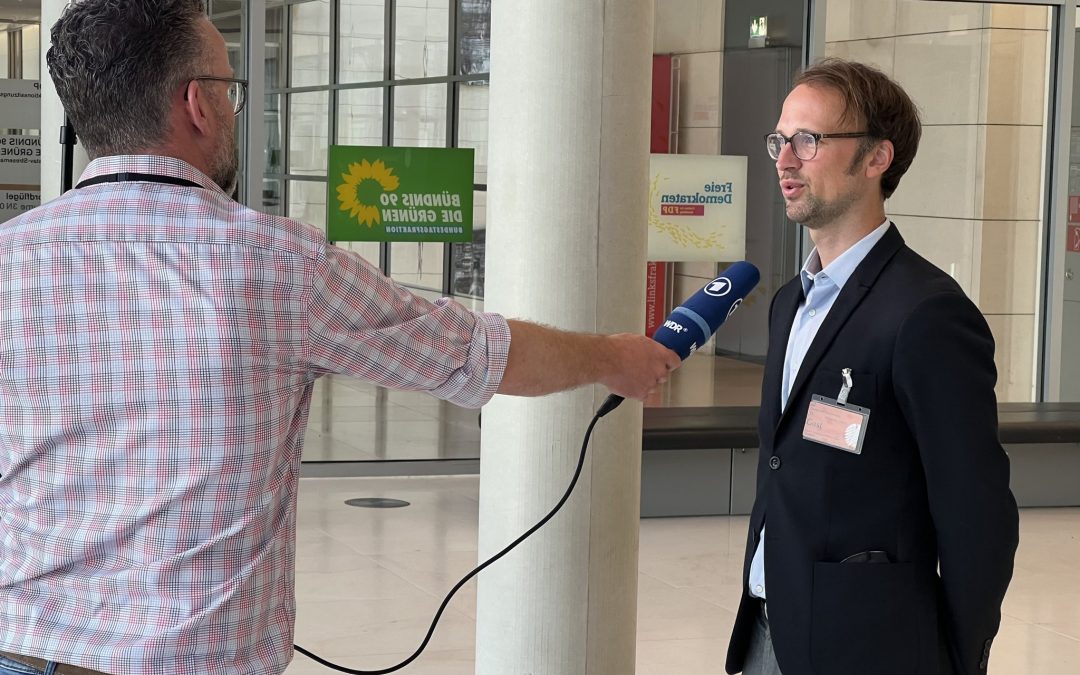 In a first ever Parliamentary hearing on Sport and Human Rights in German Bundestag, Jonas Burgheim contributed his expertise on the theme. The hearing was initiated by the parliamentary committee on human rights and humanitarian assistance. Experts from sport and human rights were invited by member factions of the committee. They were asked to provide their written statements before the event. During the 3-hour session, they were questioned on human rights and sport by members of parliament.

In his written submission and oral statements Jonas Burgheim pointed out the fact that currently German sporting organisations are not obliged by national regulation to respect human rights according to the UN Guiding Principles on Business and Human Rights (UNGP). Their “Protect, Respect and Remedy” framework provides the internationally established framework for the integration of human rights due diligence in business action. Their German implementation in form of the human rights due diligence act and the national action plan on business and human rights (NAP) do currently not include professional sports organisations. Furthermore, there is no broader awareness for the fact that human rights challenges form a part of all sporting activities, on professional and amateur levels. Jonas Burgheim called on the political representatives present, to support training and education in this field and to require sporting organisations to live up to due diligence standards according to the UNGP.

The entire hearing can be streamed in the video recording embedded above.